Capital city of Scotland, UK and local government council areaSource: Wikidata Confidence: 2.31 is a city of rises and falls. Her crags, wynds, vennels and vaults entice you up crooked steps with good reason. Get some height, and you’ll really see her. Medieval tenements clustering on a glacial tail. The geometric perfection of rational Georgian

Set of architectural styles current between 1720 and 1840Source: Wikidata Confidence: 1.902 streets. A lick of blue where North Sea

Sea in EuropeSource: Wikidata Confidence: 2.81 meets sky. Gilded by summer sun, this city sings, but she wears her storm clouds effortlessly. Brooding under a blackened sky with the malting sweetness of hops on the air, Edinburgh

Capital city of Scotland, UK and local government council areaSource: Wikidata Confidence: 2.31 gets into your bones.

With the city’s rich history, it’s easy to lose yourself unearthing the past. But beyond the cobblestones 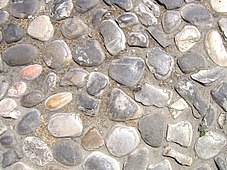 Natural building material based on cobble-sized stones, and is used for pavement roads, streets, and buildingsSource: Wikidata Confidence: 2.105, a modern city aches to tell its tale. This capital’s present is just as relevant, if you know where to look. Here you can go urban foraging with the Edinburgh Larder, find a fetish club in a cave, welcome May Day with fire, or sit in Scotland’s first cat cafe with a fat Persian called Guillaume. Edinburgh