Manafort, who was indicted last year on felony charges related to his work in Ukraine 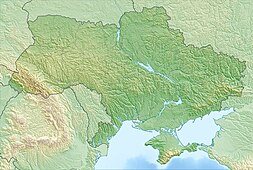 Country in Eastern EuropeSource: Wikidata Confidence: 3.719 before joining Trump’s campaign, has not been charged with any crimes connected to the presidential race. But a partly redacted memo included in court filings late Monday night revealed that Deputy Attorney General Rod J. Rosenstein authorized Mueller to pursue allegations that Manafort colluded with Russia in 2016.

The new filings show that Rosenstein specifically approved lines of investigation for the special counsel in an August 2017 memo. A version of the memo filed in court showed that Rosenstein signed off on an investigation of whether Manafort “committed a crime or crimes by colluding with Russian government officials” and of Manafort’s work as an international political consultant in Ukraine

Additional sections of the 2 1 / 2 -page memo were blacked out by prosecutors, indicating that Rosenstein authorized other lines of investigation that remain a secret.